Come along to the Big Dig 2013 on Saturday 16 March 2013 at the community garden from 11am - 2pm. We have three builders' bags ready to fill and plant up with vegetables for the spring and summer, and fingers crossed the fruit trees and nut bushes will have arrived. We were awarded a grant of £150 by Capital Growth to replace the decades-old brambles with something less spiteful but still edible! The bags were donated to us by Lewisham Green Scene. 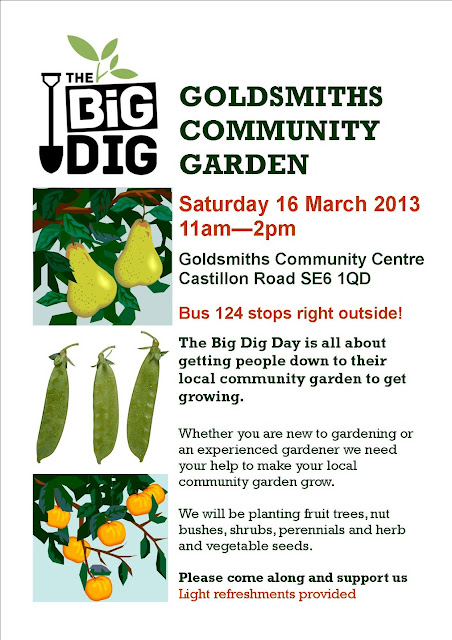 Progress at the community garden
An amazing transformation has taken place in the grounds of the community centre, thanks to the Community Payback team who have been working in the grounds and at the centre since the end of September 2012. Not forgetting the loan of Elwood's chipper (and a donation for the petrol and blade sharpening) which has been reducing vast quantities of vegetation into spreadable mulch. So much mulch.

We now have four compost bins in the community garden, all nearly full to the brim and the team will be constructing more for the hall garden. The team have been clearing the areas around the perimeter fence and taking the chain link down. The community centre can now be seen!

The team have also helped at the centre, moving furniture, cleaning and redecorating.

Here are some photos I took of the garden, towards the end of October, in the late autumn sunshine. 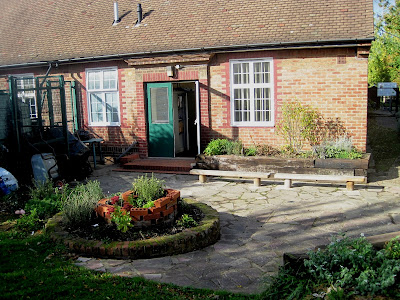 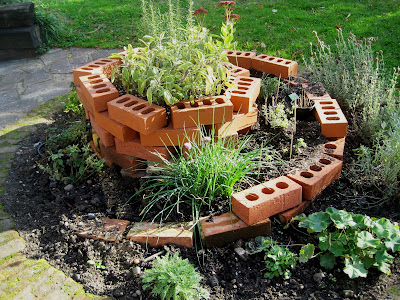 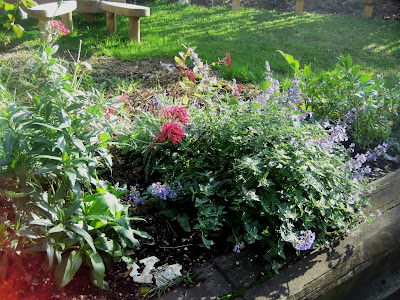 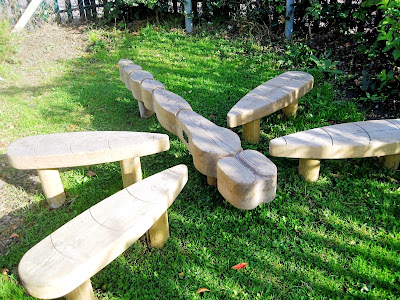