Excavations and planting at the community garden continue. Lush and bosky from the recent rain, the 'lawn' turns out to be meadow, with some interesting wildflowers in the mix, some associated with herb gardens and remedies. A weed is only a plant you don't like, as I often remind myself.

On Monday I got in early and spent time digging up loads of herb bennet or wood avens (Geum urbanum) which had wrapped itself around the circular bed, yesterday I uncovered a patch of germander speedwell (Veronica chamaedrys) and last week a very healthy marjoram (Origanum majorana) plant under one of the rose bushes. The digging is proving a formidable task, but I have had offers of help including from the tutor of the baby yoga class. There is a lot of curiosity from the local community and I've had many an interesting chat through the fence!

Helped by the acquisition of about 35 bags of old compost the soil from excavated areas can now be replaced, to an extent. Some of the bags fell apart or were so waterlogged that any nutrients have long since leached out but they are all being put to use either in the excavated areas or smothering the weeds! Thanks to Brian for wheelbarrowing them in.

The raised bed is starting to look great, I wish I knew the name of the red paeony it is truly beautiful. I noticed a few bindweed shoots appearing in the circular bed but Andrea had done a really good job of tracking down the roots and they came out easily.


Since the circular bed has been cleared the garden is being visited by a group (?) of sparrows. My own garden in Brockley is visited by every other bird, small, medium and large, but not sparrows and I'm heartened to see them. As an urban kid they were all I saw apart from pigeons!


Having cleared a lot of the brambles, bindweed is now springing up by the fence. Press on regardless. Still much to do, but it's taking shape - and looks a lot better than it did!

What is an apothecary garden?

The word 'apothecary' is derived from apotheca, meaning a place where wine, spices and herbs were stored. During the thirteenth century it came into use in this country to describe a person who kept a stock of these commodities, which he sold from his shop or street stall. By the mid-sixteenth century apothecaries had become the equivalent of today's community pharmacists, dealing mainly with the preparation and sale of substances for medicinal purposes. Authority over medical practice, however, lay with the College of Physicians. From 1672 until 1922, the Society of Apothecaries manufactured and sold medicinal and pharmaceutical products at the Hall, and in 1673 it founded the Chelsea Physic Garden, only relinquishing managerial control in 1899.

The Apothecaries' Physic Garden at Chelsea was founded as an educational enterprise; it was also established in conjunction with the possession of the Society's first ceremonial barge.  In July 1673 the Society took the lease on three-and-a-half acres of land on the riverfront at Chelsea and proceeded to build a bargehouse and cultivate a physic garden where, for well over two centuries, Apothecaries' apprentices and, later, medical students, were taught Botany and Materia Medica.
The Worshipful Society of Apothecaries

The word Physic means the art or skill of healing. As a species name, the word 'officinale' denotes a plant that was traditionally sold in apothecary shops and was considered to have medicinal or healthful properties.  Many plants in the apothecary or physic garden were grown for cooking, healing, dyeing wool and fabric and 'strewing', or scattering over the floor for their perfume. Pennyroyal and Lady's Bedstraw kept fleas at bay. Traditionally apothecary or physic gardens grouped the plants according to their healing or soothing properties. 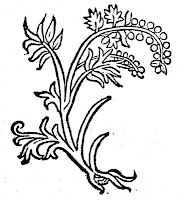 There isn't enough space in the Goldsmiths Community Garden for a full scale apothecary garden like the one at Cowbridge Physic Garden, west of Cardiff, or the Abbey Physic Community Garden in Faversham. The aim is to make it an educational space for all generations to enjoy and for the garden to evolve over time. Please contact me at hubbub@goldsmithscommunityhub.org.uk for more information, and to visit the garden (currently Monday & Tuesday only).

Read this article by Francine Raymond in the Sunday Telegraph, October 2011.